Svínoy is an island located in the northern part of the wild the Faroe Islands. There is only one village on the island, which bear the name of the island.

Havnartindur is the highest mountain on the island. The mountain’s name translates directly to the Harbour Peak. Havnartindur elevates 586 metres above sea level.

The ferry is operated by the public transport company SSL. Here you will find the ferry timetable for RITAN.

When you disembark the boat and step on land on Svínoy island, you will be a 20 minutes walk from the village. There is no bus on the island or other transport options so walking is the only way to get to the village.

Svínoy island is secluded and visited by very few travellers. There is no grocery store on the island so remember to bring what you need for your stay. 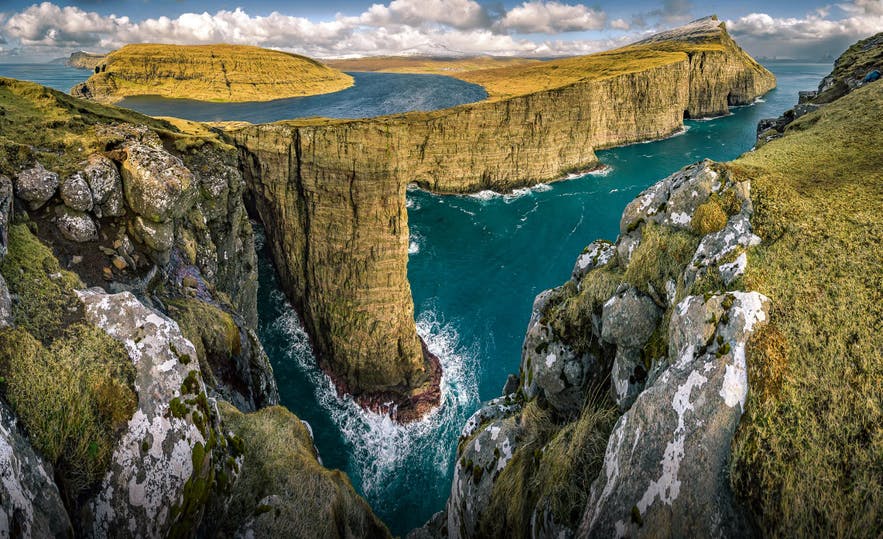