The airport is situated on Vagar island in the western part of the country. Vágar Airport is located just beside the village Sørvágur. The western end of the runway lies only 400 metres from the nearest houses in Sørvágur. On the opposite end of the runaway lies lake Leitisvatn, which is the largest lake in the Faroe islands. The runway is 1799 metres.

Vagar Airport was established during World War ll by the British Army. The runway has been extended since then and the facilities around the airport upgraded. A new terminal was inaugurated in 2014 with a tax free shop, restaurant, bar, resting area and a new arrival hall.

When approaching the airport, you will either descend over Lake Leitisvatn or over the Sørvágsfjørður fjord and then the village Sørvágur just before landing. If the plane enters the runway over Sørvágur, you will have the terminal building on your left hand side upon landing.

Entering the runway from the end where Sørvágur is located will give you the most beautiful views, visibility permitting. From this side of the runway, you will fly over the spiky islet Tindhólmur in one direction and the valley and small village Gásadalur in the other direction.

After you have disembarked the airplane, you will walk outside for less than a minute before entering the terminal at Vágar Airport. The atmosphere at the airport is relaxed as there is only moderate traffic. There are daily flights to Copenhagen and weekly and seasonal flights to other destinations.

The small village Gásadalur lies only a 15 minutes drive from the airport. The settlement is one of the most popular attractions in the Faroe Islands. Gásadalur is where you will experience the famous Múlafossur waterfall that drops directly into the ocean. 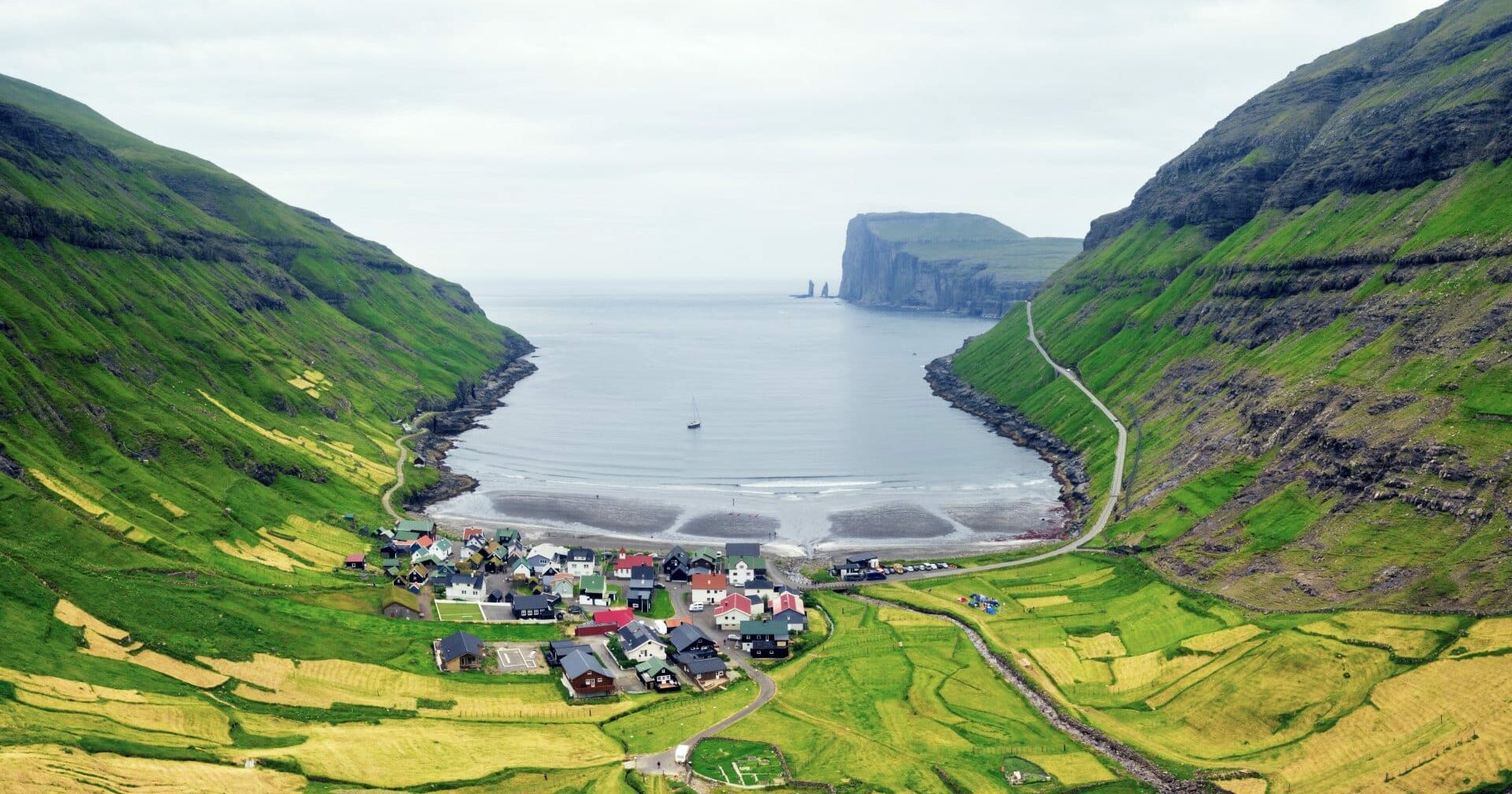