These two famous sea stacks are a must-see when in the Faroe Islands. You can see Risin & Kellingin (the Giant and his Wife) from either the village Tjørnuvík on Streymoy island or halfway between the village Eiði and the mountain pass Eiðisskarð on Eysturoy island.​

Risin towers 71 metres (233 feet) out of the ocean and Kellingin is 69 metres (226 feet) above sea level. The sheer cliff that sits next to the sea stacks is called Eiðiskollur. You will see Risin & Kellingin from above when standing near the edge of the cliff. 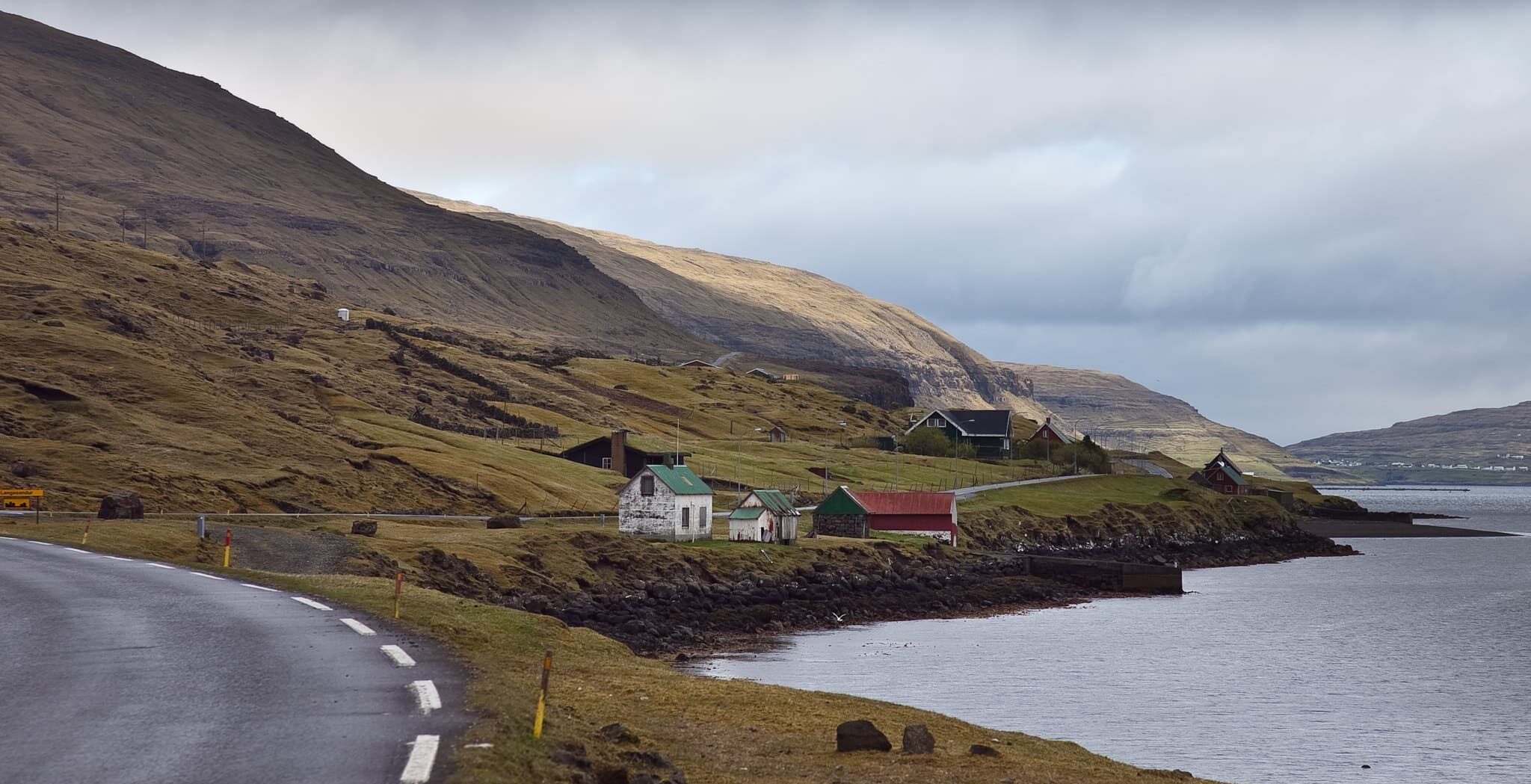