What language is spoken in the Faroe Islands? Is there a Faroese language? Are there similarities between Faroese and English? Is it hard to learn Faroese? Continue reading and learn everything about the Faroese language.

Faroese is closely related to Icelandic and to Middle Norwegian, the language used in Norway around 1400. Today Faroe Islanders speak a derivative of Old Norse making it a Nordic language deriving from the Norsemen who settled the islands more than thousand years ago.

​Words of Celtic origin exist in the language and point to a contact with Celtic speakers – a legacy of the Viking Age. Among the Celtic loan-words are tarvur for a bull and blak for sour milk. With Christianity came foreign influence, mostly from English, thus sál was adopted for soul and hvítusunna for Whitsun.

Later in the nineteenth century when deep-sea fishing became the country’s primary source of income there was an increased relationship with the United Kingdom. The fishermen brought loanwords to the Faroe Islands such as trolari for trawler and tóva for tow.

Faroese is a bit of a daunting language to learn. Happily, the Faroe Islanders speak English well.

​Seyðabrævið (English: The Sheep Letter) from c. 1310 is considered the oldest known Faroese text written by a Faroese. Although in the main the language is Norse, it shows special Faroese features, which in later documents become even more distinctive, so that it may be said that by c. 1400 Faroese shows signs of developing into an independent language.

The main source from this period are the six Húsavík letters from 1407 concerning the property left by the lady Guðrun Sjúrðardóttir of Húsavík in Sandoy. These letters are both linguistically important and also give a fascinating picture of how people lived on a large farm in the Faroe Islands in the Middle Ages.

After the Reformation in c. 1540 the language was exposed to a thoroughgoing Danish influence. But the Faroese language survived the comprehensive influence from Danish.

Thanks for the archipelago’s remoteness far away from other larger countries, the language survived. Even in the Faroe Islands, the connections between villages and islands was very poor, which further kept the oral language alive.

​With the Romantic Movement of the first half of the nineteenth century, language came to be viewed as a national heritage that reflected a people’s individuality. There were hundreds of ballads and legends in Faroese. They had never been written down. This cultural gem was the backbone of the rich spoken tradition in the Faroe Islands.

The Romantic Movement made the first Faroe Islanders fall in love with the Faroese language. Now the work of writing down ballads and folktales began all over the islands. It is widely regarded as a miracle that all the ballads in the Faroe Islands had been so well preserved even though they were not written down.

It was V.U. Hammershaimb (1819-1909), the son of the Prime Minister, who created the standard norm for the Faroese language. He was born on 25 March. This day now marks the Mother Language Day in the Faroe Islands.

Hammershaimb worked out the written language in 1846 building on the etymological principle of the original Norse language. Thus the fricative ð, like the English th in they or this, is used in the written form almost as in Norse, despite the fact that it is not pronounced in any Faroese dialect.

How to Learn Faroese

With growth in tourism, travellers to the Faroe Islands have had a genuine interest in learning some Faroese phrases, sayings and words. The tourist board in the Faroe Islands embarked a campaign to get the Faroese language included on Google Translate.

If you want to learn more Faroese the best way to improve your Faroese skills is by visiting the publishing company Sprotin. You will find the best online dictionaries on Sprotin where you can look up all words in English and have them translated into Faroese. The Faroese grammar is pretty similar to Old Norse and Icelandic, the pronunciation, though, is closer to Norwegian.

For those how want to hear the Faroese language, a good place to get familiar with the language is on the public radio KVF. Another good option is to watch the TV-series TROM. The crime drama in six episodes is set in the Faroe Islands. You will hear Faroese throughout the series mixed with Danish. TROM is available on the streaming service Viaplay.

​If you want to learn Faroese from the locals while you are in the Faroe Islands, then there are some really good tips to remember. You will be more immersed with the culture and language if you go outside the capital and the second largest town Klaksvík.

Staying in a smaller village like Eiði and Vestmanna will gonna make you put yourself out there a bit more. At the same time you can take in the area. ​​​​​​Smaller settlements forces you to speak the language. Not because the locals are unable to understand English but because you are more likely to be engaged with the Faroe Islanders in their daily lives.

The university in the Faroe Islands Fróðskaparsetur Føroya was established in the capital Tórshavn in the 1960s. Its first course of Faroese. This was the first time Faroe Islanders were able to learn their native language at university level.

Led by Professor Jóhan Hendrik W. Poulsen a language committee has been active as a watchdog for the language. The committee has invented many new words. Many of these words are used instead of international words such as tyrla for helicopter and telda for computer.

Faroe Islanders are proud of their language. And they do a great effort to preserve and strengthen Faroese as influence from foreign languages is omnipresent in the digital age.

The Ultimate Guide to Tórshavn 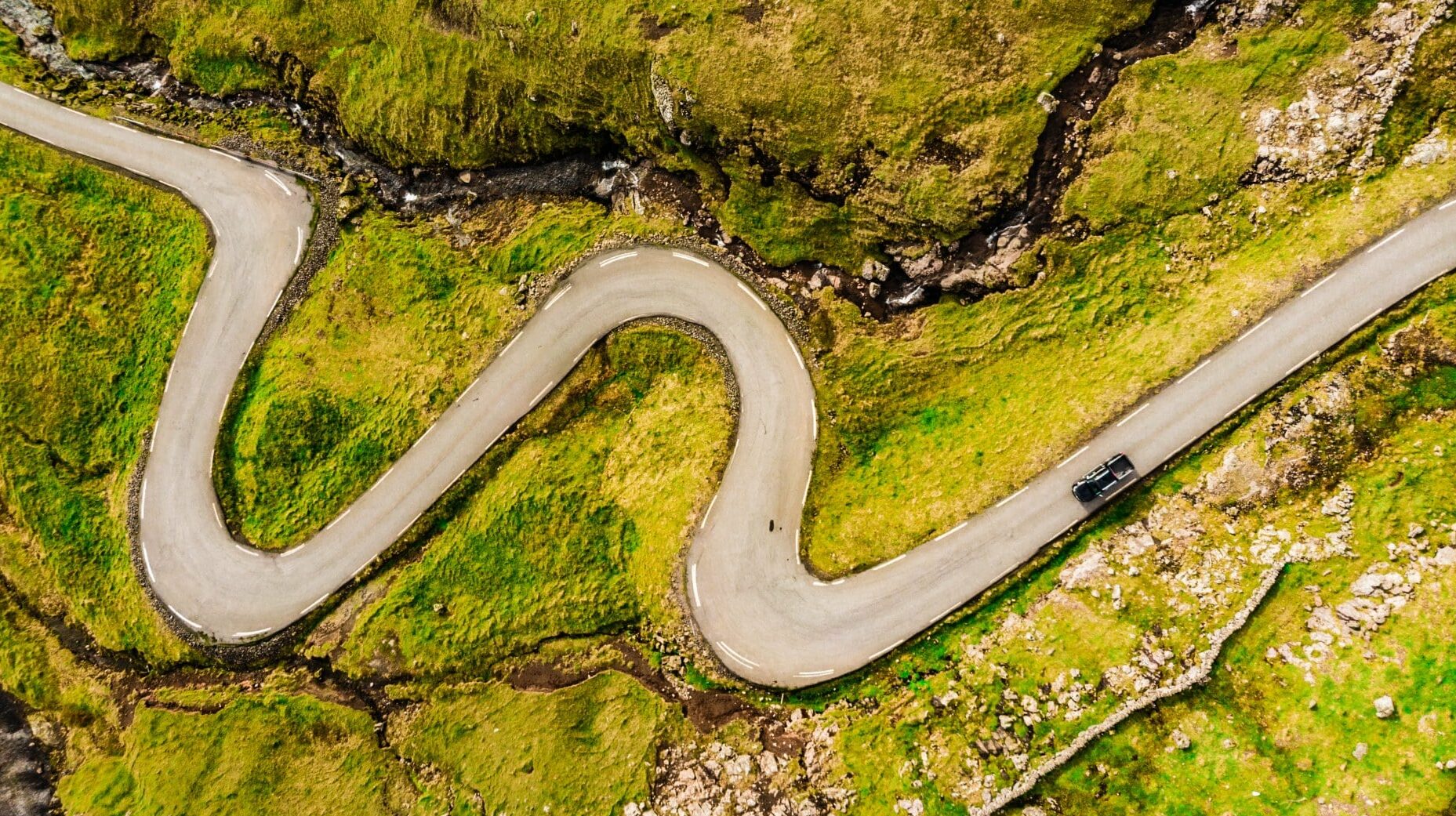 Faroe Islands in June | Things to do & see

The Amazing James Bond Tombstone in the Faroe Islands