The Amazing James Bond Tombstone in the Faroe Islands

Where is the James Bond tombstone located? The dramatic nature of the Faroe Islands provides the backdrop for the plot-twisting finale of the new James Bond film. Now, local villagers have erected a gravestone on the spot where the superspy faces his ultimate confrontation in No Time to Die.

Footage from the far-flung island of Kalsoy features in the final act of the latest James Bond film. When Bond heads to the fictional Poison Island to confront supervillain Lyutsifer Safin (Rami Malek), he is really going to Kalsoy.

Kalsoy island is one of the eighteen islands that make up the Faroe Islands, located at the heart of the North Atlantic Ocean. This is where historical scenes in No Time to Die were filmed.

The grand finale of No Time to Die stands out as the first time in the history of the franchise that James Bond never returns home. What makes this pivotal scene extra special to Faroe Islanders is that it takes place against the backdrop of Kalsoy’s mesmerising nature.

Now, local villagers have taken it upon themselves to erect a tombstone in memory of the renowned spy. Made from Faroese basalt, the gravestone has been cut by an acclaimed stonemason in the village of Skopun. It has then been transported to the exact location on Kalsoy, where Bond meets his fate in No Time to Die.

The design of the tombstone is in true 007 style. Its shape is the same as that of Bond’s parents’ tombstone, which featured in the 2012 Bond-film Skyfall. Engraved on the stone are the words read by M as No Time to Die draws to an end: ‘The proper function of man is to live, not to exist’.

This quote, originally by American author Jack London, was also used by Ian Fleming in the book You Only Live Twice, as part of an obituary for Bond when he was believed to have died.

The Faroe Islands are known for majestic landscapes – and Kalsoy is no exception. In the tiny village of Trøllanes (population size: 14) the film crew found themselves in a deep valley surrounded by tall mountains and extraordinary nature. Nearby they were able to capture the breath-taking vistas around the picturesque Kallur Lighthouse, which sits humbly facing one of the highest promontories in the world.

The island has been thoroughly edited in post-production to fit with Bond’s fictional universe. Neither charming Trøllanes nor the lighthouse are anywhere to be seen, having been replaced by CGI renderings of the brutalist industrial complex, where evil Safin makes his poison.

But this has little bearing on the sense of joy that Faroe Islanders feel as they see footage of their homeland in the iconic 007 series. The Faroese tourist board has proudly declared it “the most remote James Bond movie location yet”.

The film crew of 60 people was hosted by local farmer Jóhannus Kallsgarð, 27. So impressed were they with his assistance, that he is described simply as ‘The King of Kalsoy’ on the film’s closing credits.

Jóhannus’ main occupation revolves around the 750 sheep that graze the steep hills of Kalsoy’s northern tip. The increased interest in the island has added to the young farmer’s working routine.

The James Bond of No Time to Die may have perished for good. But as you take in Kalsoy’s sublime cliffs and deep valleys, a visit to Bond’s tombstone may be just the experience you need to get a real-life sense of the globetrotting spy’s adventurous spirit – to live, not to exist.

How to get to Faroe Islands from North America 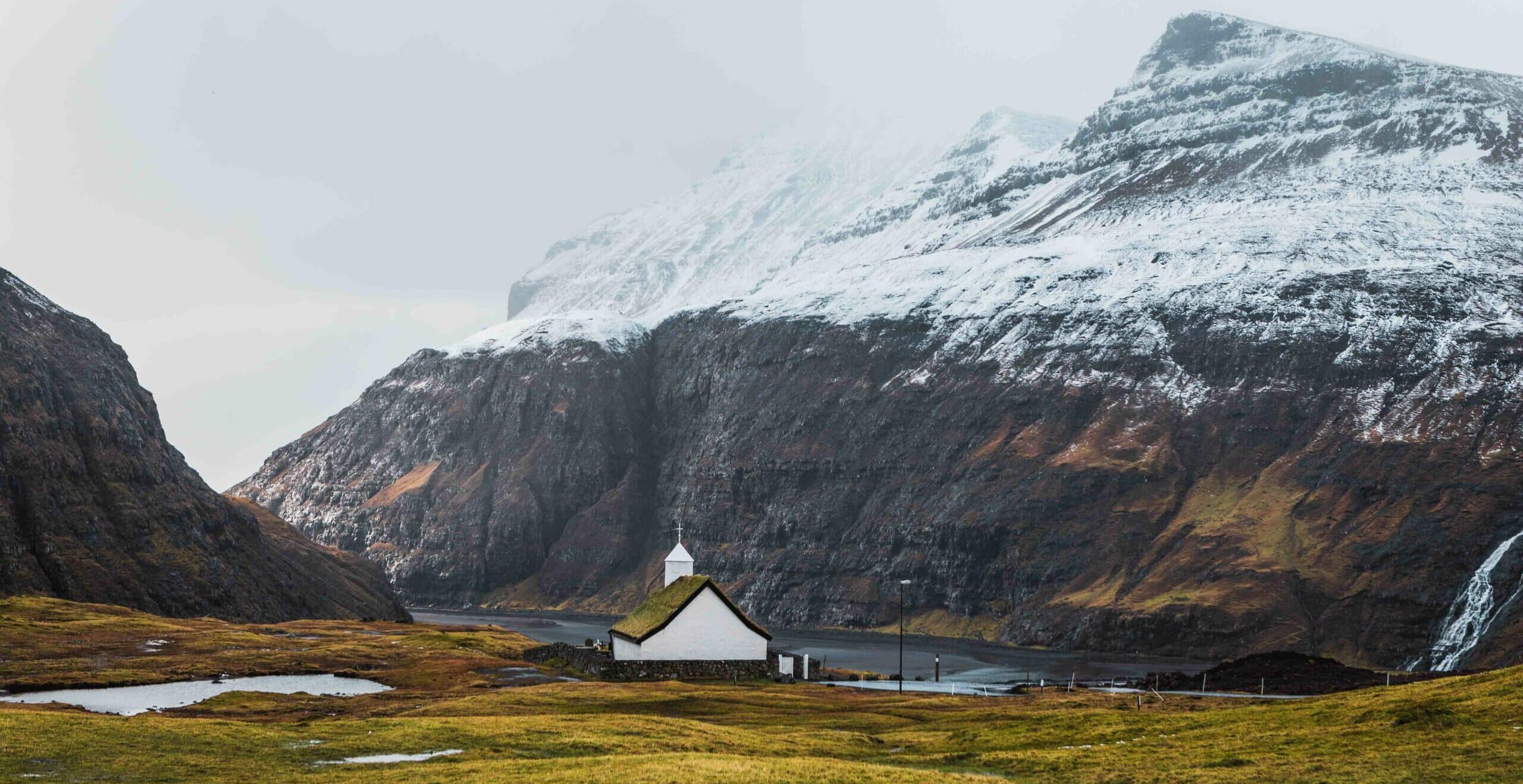 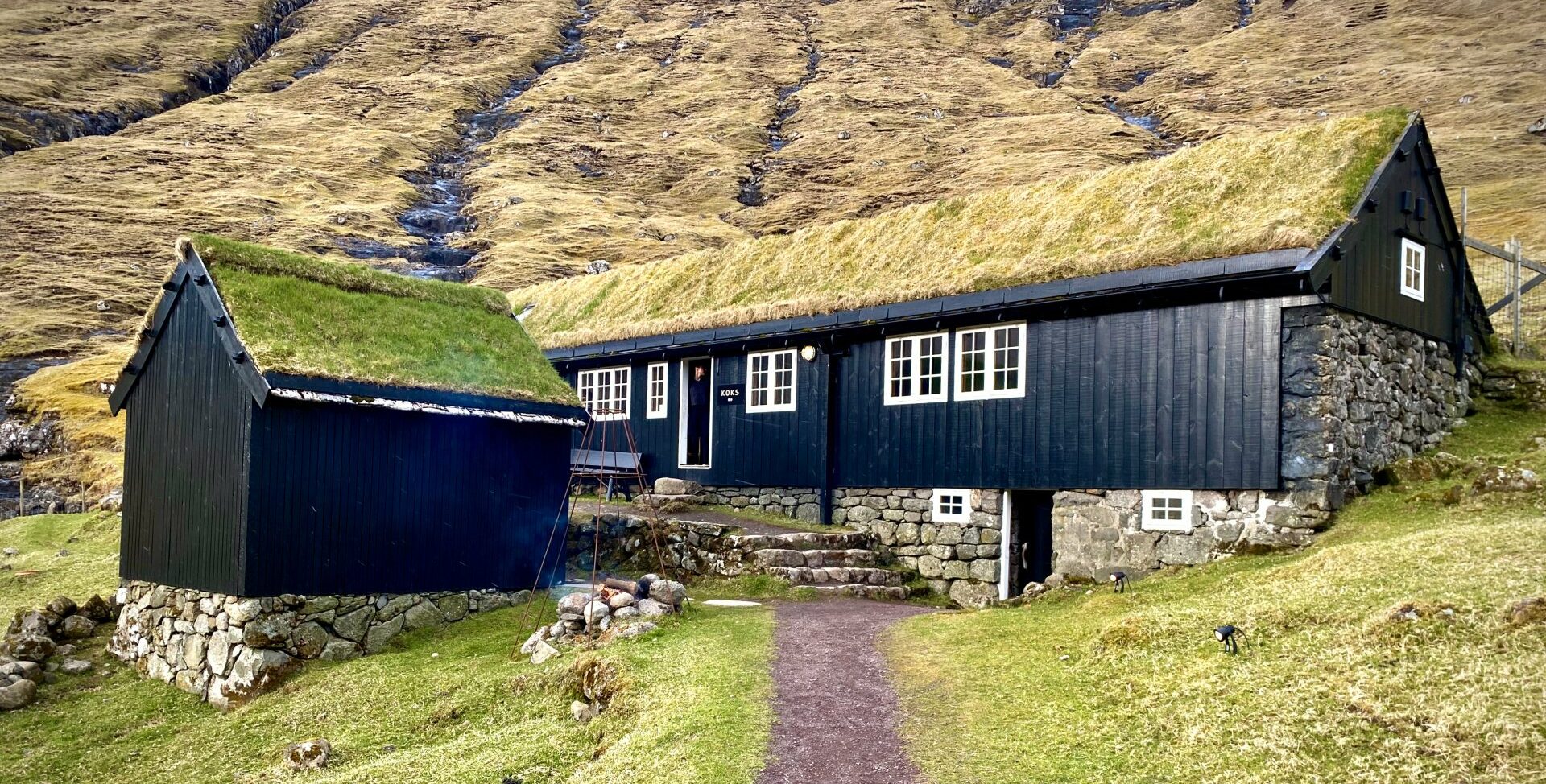